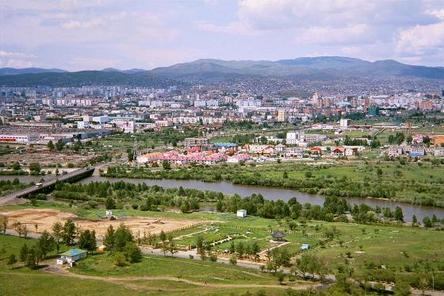 Ulan Bator, spelled Ulaanbaatar in Mongolia, is the Capital city of Mongolia. Its located in the Tuui river valley. Ulan Bator is the financial, cultural, and political heart of Mongolia. Nearly 50% of Mongolia's population lives there. This city is also surrounded by mountains.

The symbol for the city of Ulaanbattar is is a mythical Khangarid bird, also known as Garuda. The actual bird symbolizes stability and power to the people. On the bird's forehead, there is a Soymbo. A Soymbo is a symbol for statehood and knowledge. In the bird right hand, there is a key with vajra handle. This symbolizes prosperity and openness. In the left hand, a lotus flower. Lotus flowers symbolizes peace, equality, and purity. In the Garudas talons, there is a snake. This represents the intolerance they have to evil. The actual flag is sky blue and the symbol of the flag is embroidered in golden tread in the middle of the flag. The flag is a representation of purity and respect of its people towards the statehood and prosperity of the city. 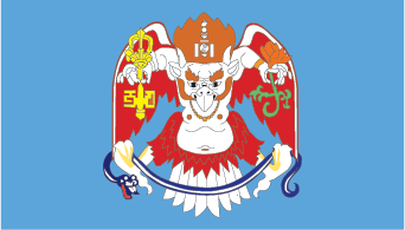 Powerfully stable
In its hands, important things
Killer of evil

I wrote this poem to represent the symbol of Ulan Bator. The Garuda bird represents power and stability. In the birds hands, there is a key and a lotus flower which represent various things such as prosperity, peace, equality, and power. In the talons of the Garuda, there is a snake. The snake represents evil and with the bird in the talons, it is showing that they are not tolerant to evil things.
("InfoMongolia.com")